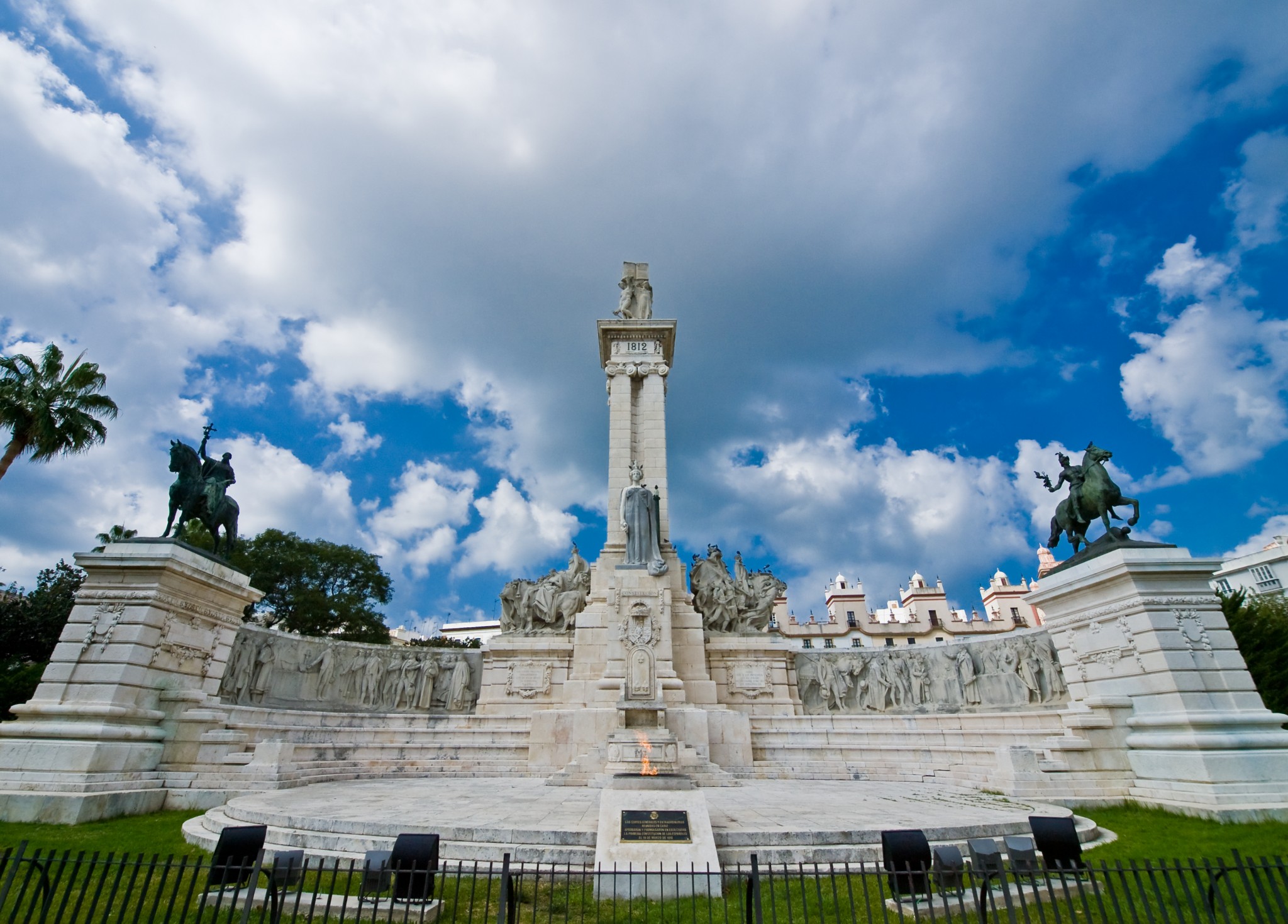 This tour will take us back to the year 1812 to discover the important role that Cádiz played during this memorable period. We'll see the areas of political debate, the houses of members of parliament and will learn about the events that resulted in one of the most important historical moments of Spain. A two hour guided tour about the Spanish Constitution.

The tour starts begins in the Plaza de España , where the monument to the courts of Cadiz is located. From this point we will begin our walk through the Cadiz de la Pepa.

On the way to the Plaza de Argüelles , we will discover some of the most important palatial houses where many merchants stayed during the promulgation of La Pepa.

Right in front of the bay of Cádiz we'll walk through one of the most characteristic parks of the city: La Alameda Apodaca . Here we'll stop to enjoy its balustrade from where we can distinguish some other cities of the bay like Rota and Puerto de Santa Maria and we'll know some of the palatial houses of the time and local legends like The House of the Mirrors.

Next we'll see Iglesia del Carmen Carmen , baroque temple of the XVIII century, to learn about the different interpretations of the constitution.

In the Barrio del Mentidero , the safest neighbourhood in the city during the French invasion, we'll find the former home of one of the most illustrious personages, Duke of Wellington, head of the Anglo-Spanish troops.

In San Antonio Square we have the opportunity to visit inside one of the most emblematic buildings of the city, the Casino Gaditano , where its majesty lies in its enviable location together other elegant buildings of the time and its particular contrast of architectural styles.

Leaving San Antonio behind we will get to one of the most lively squares in the city and where the famous composer Manuel de Falla was born: Plaza Mina . Here we can find the Cádiz Museum. From here we cross two of the most important streets of the city, Sagasta and Calle Ancha , where political dialogue was born in Spain. Calle Ancha, composed by the most majestic palatial houses of the city, was the residence of many important merchants and people with greater social influence.

Once the activity is completed, we will be able to admire some the best views of the city from one of the highest terraces in calle Ancha, built in 1856, from where we will see the most important emblems of this beautiful city.